10 Myths vs Facts about HIV/AIDS 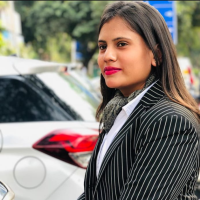 AIDS (Acquired Immune Deficiency Syndrome) is a disease caused by HIV, in which the body’s cellular immunity is severely compromised. According to one report around 37.6 million people worldwide were living with HIV in 2020.,. People are constantly afraid of AIDS, and it has a long history of stigma associated to it. Much of this stem from a lack of understanding of the disease.

There are many myths and misconceptions about HIV is transmitted. We’ve listed all you need to know about AIDS in order to assist you break the taboo and give you with accurate information. Let’s bust some myths and educate ourselves on the facts.

How does a person become infected with HIV?

Infected body fluids enter your bloodstream in one of the following ways:

What are the several ways that a person might become infected with a virus?

Only the following bodily fluids can transmit HIV from one person to another:

You can’t get HIV from:

You can’t prevent or cure HIV by:

Let’s bust your taboo by dispelling the myths listed here.

1. Because AIDS is an infectious disease, people who are affected should be socially segregated.

AIDS is caused by HIV, which affects your immune systems and reduces your resistance to infection and cancer. It only happens when an infected person shares bodily fluids to another person. It means HIV is not present in the air, water, and soil and that it cannot be transmitted by hugging, sharing food, or shaking hands. As a result, there is no need for quarantine or social isolation.

2. HIV is always followed by AIDS

3. Mosquitoes are known to transmit HIV

Because mosquitoes never inject blood into a person’s body., there is no proof that they spread HIV. Also, viruses do not persist in mosquitoes’ bodies for extended period of time.

AIDS is now almost on par with non-communicable diseases like heart and diabetes, thanks to extensive study and the development of highly effective retroviral medicines. Despite being more dangerous than most non-communicable diseases, an afflicted person can live a normal life if treated properly and monitored on a regular basis. However, it is not punishable by death.

5. When it comes to HIV, oral sex could be dangerous.

By ingesting oral fluids from an infected person, one can contract HIV. Oral sex spreads only if the person either has bleeding gums/sores in the mouth or large open sores on the genital area. It is only possible for a woman to be given oral sex if they are HIV-positive & menstruating. You can, however, use a dental dam to avoid these hazards.

It may take up to 10 years for the signs of AIDS to be recognized, a person can still live a healthy life and normal life. A person who is HIV-positive but has no other illness may have symptoms that are undetectable. Patient may experience symptoms such as weariness, malaise, and weight loss as their disease progress, but rigorous adherence to ART can help a person live a normal life.

7. Only an infected child is born to an HIV positive mother

The risk of transferring HIV to a fetus from a pregnant woman who is HIV-positive is extremely low. A woman should inform her healthcare provider and start anti-retroviral medication as soon as possible. The infectious woman is less likely to spread the virus and give birth to a healthy child if strict adherence and effective monitoring is followed.

8. HIV can be dismissed now that improved therapeutic options are available.

Despite technological breakthroughs and the availability of improved treatment modalities, the virus remains dangerous and can cause consequences. Furthermore, patients still face a considerable danger of death. As a result, people should stay cautious and should not take this disease lightly.

9. People who take PrEP do not need to use protection during sexual activity.

Pre-exposure prophylaxis (PrEP) is a treatment that HIV-positive people take to avoid contracting the virus through intercourse or injecting drugs. Although it is intended to prevent sexually transmitted disorders, it occasionally fails to do so. So, using PrEP in conjunction with safe sex practices is recommended.

10. AIDS is a form of Genocide

AIDS, like other health issues, does not discriminate between people. Because of a lack of education and medical facilities, come communities are more vulnerable to it. People who indulge in specific activities on frequent basis (like injecting drugs) are also more susceptible to contract it. But HIV, on the other hand, isn’t a government’s conspiracy to kill minorities.

Last but not the least,

It is always simple to believe in rumors, yet they rarely lead to anything constructive. So, it is preferable to debunk all the societal myths that have persisted for decades. Let us devote our energies in disseminating accurate information to the public, and don’t forget to get a regular check-up. Everyone between the age of 18 and 64 should be checked at least once as a part of routine blood work, according to CDC.

There might be other taboos related to AIDS/HIV that are not on this list; tell us about them in the in the comment section. Also, don’t forget to share this blog in your network. Visit https://epillo.com for a reliable source of health information.

How does Diabetes affect Children and Teenagers?
Previous Article

A Complete Guide: Everything you should know about Work-life Balance
Next Article

At Epillo Health Systems, we want to help everyone lead a healthier and safer lifestyle everyday through products and services that connect, automate, disrupt and bring innovation to the digital and retail health landscape.